Please note:
There is also a £3 Low Deposit administration charge to pay. Please refer to the Booking Conditions as amended by the {{filteredButtons[0].depositLink.web_title}} for further information.

Headford Cottage is a beautiful townhouse, built of traditional Cotswold stone, and decorated to a high standard throughout. The cottage is located at the end of a row of cottages, on a private cul-de-sac, close to the heart of the beautiful market town of Stow-on-the-Wold. Sitting on top a hill, surrounded by the stunning Cotswold countryside, Stow is famous for its historic buildings and its wide range of restaurants, traditional pubs and antique shops. It is an ideal base for exploring the region, including the many beautiful towns and villages of the Cotswolds, as well as further afield places, such as Stratford-upon-Avon, Oxford and Bath. The owners of Headford Cottage have decorated and furnished the property in a lovely, warm style, which is complemented by its modern facilities, including wireless internet access, two flatscreen TVs, Netflix and Sky, and a well presented kitchen. Headford Cottage sleeps a maximum of six people, in three bedrooms, with two bathrooms and a ground floor cloakroom. There is a lovely, private courtyard garden to the rear of the property and the cottage has two off street parking spaces. Headford Cottage is perfect for a family or a group of friends looking for a relaxing break in the heart of one of England's most beautiful market towns. Headford Cottage is located at the end of a private cul-de-sac. At the front of the cottage is a driveway, with private parking for two cars. The front door of Headford Cottage opens into a hallway, off which are the following ground floor rooms: Living/dining room: Running the full width of the cottage, with French doors out to the back garden, this lovely room contains two leather sofas, a comfy armchair and an oak dining table, which extends to seat up to six. There is also a gas flame fire and a 46inch LCD television, with Sky TV (standard package) and a SMART Blu-ray/DVD player with Netflix; Kitchen: A large, well presented room, which contains a double electric oven with grill, four ring ceramic hob, microwave, fridge freezer, dishwasher, washing machine, toaster, kettle, hand held whisk/food blender and filter coffee maker. There is also a breakfast table, with seating for four, and a DAB/FM radio; Cloakroom: Contains a toilet and a wash basin. Stairs lead up from the hallway to the first floor landing, off which are the following rooms: Master bedroom: Contains a king size bed, a 22inch SMART TV and an ensuite shower room, with a walk-in shower, toilet and wash basin; Bedroom 2: Contains a double bed; Bedroom 3: Contains a double bed; Family shower room: Contains a large walk-in shower, toilet and two wash basins. A further staircase leads up from the first floor to the second floor, however the rooms on this floor are all locked and not available for guest use. The French doors from the living room lead out into the lovely, enclosed private back garden. There is an outdoor table and seating, with a parasol, and a wooden bench. In addition to the two private parking spaces, there are also two further visitors' parking spaces, available on a first come, first served basis. 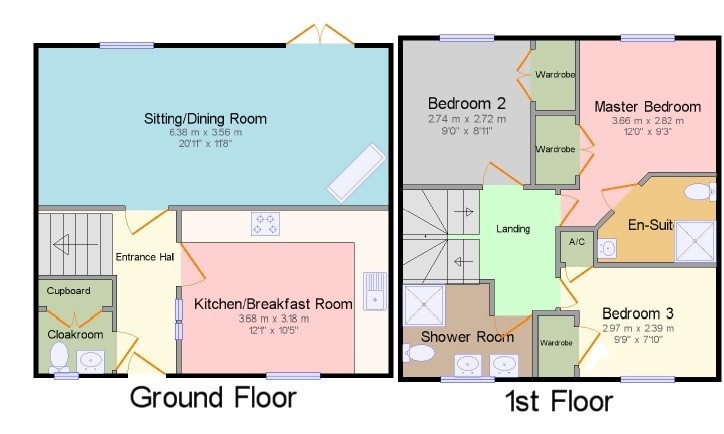 Note: This property has a Good Housekeeping bond of £100.

Note: The second-floor rooms are locked and not available for guest use.

Note: No stag/hen or similar.

Note: The property has two floors, which could pose difficulty to guests with limited mobility.

Are you on the phone to our call centre? Your Customer ID is: f1ts29qd